Every spring and fall, Downtown Albuquerque News publishes a series of four walking tours based on recent news stories. Below is one from our spring 2021 collection (a link to the interactive version of the map is here). We begin at Point One, Sidetrack Brewing: 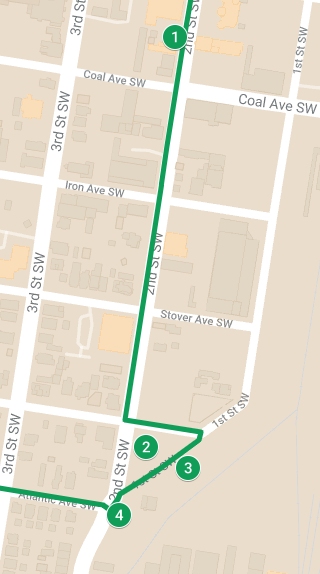 (1.) Sidetrack Brewing was recently featured on the What’s Up ABQ? podcast.
(2.) A much-litigated triangle of land that the city is attempting to seize in order to install a roundabout. (DAN, 11/2/20)
(3.) The Pattern House at the Rail Yards is the future home of Spirit Station, which will feature immersive art and distilled spirits. (DAN, 3/16/21, midway through)
(4.) New landscaping to spruce up the Rail Yards is slated for the east side of 2nd during the summer of 2021. (DAN, 1/11/21, toward the end) 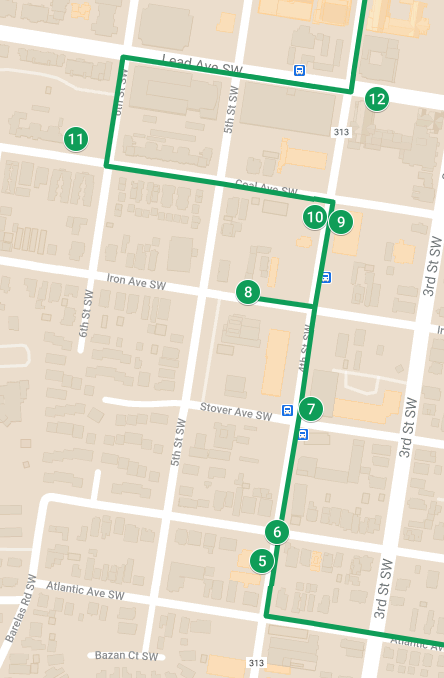 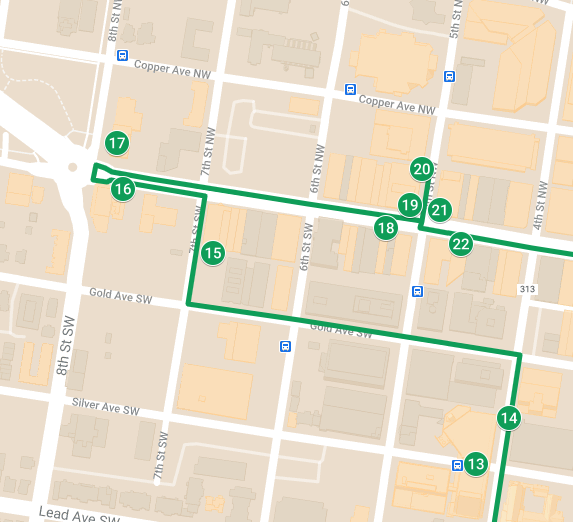 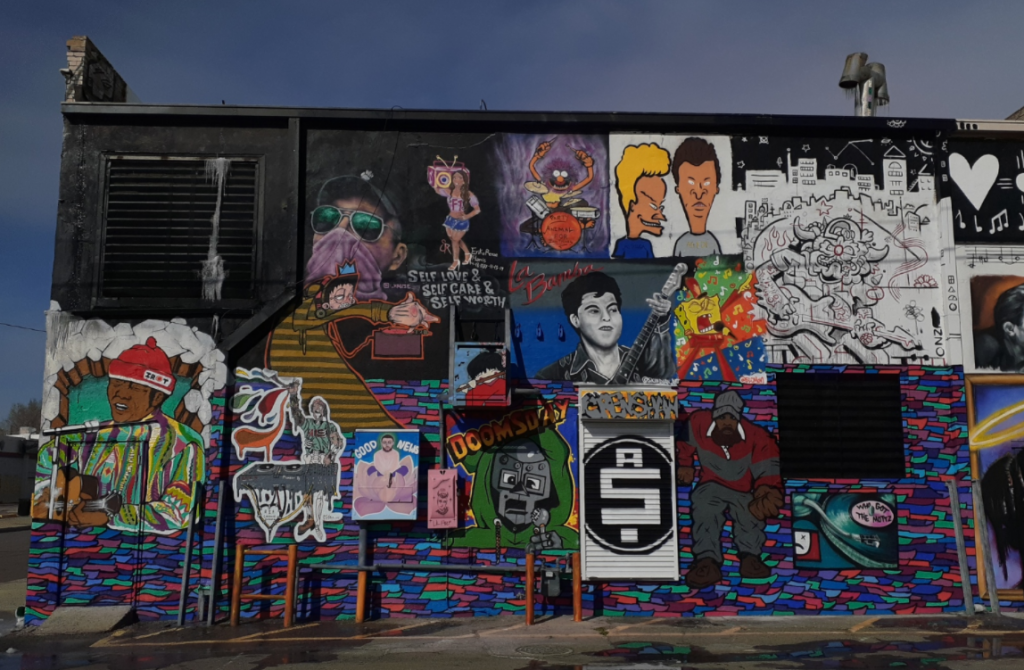 Just one part of the Church of Music mural (Point 15). 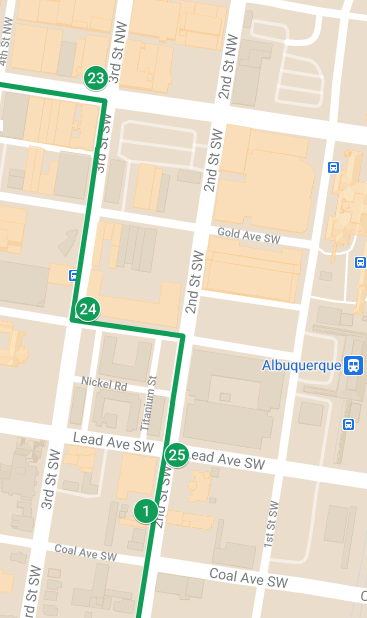