The 411 on The Lobo Rainforest Ecosystem and Cathedral of St. John

Tech, innovation, and jobs: Some things to know about the Lobo Rainforest Ecosystem

You’ve doubtless seen the newish building and noticed its oddly tropical (for the New Mexico desert at least) name. But what actually happens from day to day at the Lobo Rainforest Ecosystem at Central and Broadway?

All kinds of stuff, it turns out. But the main thing is Rainforest Innovations, which patents and sells the fruits of UNM research to startup businesses and helps them to attract investors, create jobs, and start making money – either here or around the country. It aims to create a startup environment resembling a rainforest, where countless species grow together and produce rich but unplanned results.

This operation, a nonprofit wholly owned by UNM, was founded in 1995 and was then called STC.UNM. It has helped start over 150 companies, with about half still in business and about 55 located in New Mexico, said Rainforest CEO Lisa Kuuttila. It got its new name two years ago and its new building about three years before that.

A 2021 UNM report found that New Mexico-based startups helped by Rainforest Innovations throughout its history had created 457 new jobs. The survival rate of the companies roughly mirrors the nationwide startup track record: Half of new companies remain in business after five years and 30 percent after ten years.

Worldwide, university-based tech startup hubs do similar work on every continent except Antarctica. Stanford University was arguably the leading early model of tech hub success in North America. Without its powerful presence just south of San Francisco, what we now call Silicon Valley might be known today for little more than medium-sized cities and prune orchards.

UNM is definitely a smaller player in the tech startup world, but in that it has plenty of company. Newer efforts to cultivate startups are growing in many locales worldwide, each attempting to parley its local advantages into business growth. (Ours include two national laboratories and a thriving arts scene, Kuuttila said.)

One successful company born under the Rainforest Innovations wing is Intellicyt (now Sartorius). It all started, Kuuttila said, with some UNM research in the 90s and 2000s into high throughput flow cytometry (which is concerned with sorting and analyzing cells).

“It’s actually a little niche for UNM,” she said about cytometry. “We’re always trying to showcase the research results.”

Enter R. Terry Dunlay, who had sold his startup in Pittsburgh and moved to New Mexico. He wanted to start another company, so he approached Rainforest Innovations and ended up settling on cytometry. With funding from New Mexico-based venture capitalists, he founded Intellicyt and years later sold it to Sartorius, a pharmaceutical and laboratory equipment firm.

Rainforest Innovations started out with two employees, and in the 27 years since then, its roster has grown to 16. Along the way, it has picked up new projects, including:

Five things you probably didn’t know about the Cathedral of St. John

The building at Fourth and Silver is the headquarters of the Episcopal Diocese of the Rio Grande, it’s got a large membership base, and it’s presided over by a woman who came to the priesthood via a doctoral program in biochemistry. In short, it’s not your average church. Here are five things to know about the Cathedral of St. John – one of Downtown’s most prominent buildings – and the people who run it.

(1) The basics
Occupying an entire square block in the Downtown core, St. John’s houses both a congregation of about 1,000 members and the official seat of Bishop Michael Buerkel Hunn, who oversees 47 Episcopal parishes in New Mexico and Southwest Texas. Since that work takes most of Hunn’s time, Rev. Kristina Maulden pastors the St. John’s congregation in her role as cathedral dean. She’s been on the job for three years.

Founded for a much smaller congregation in 1882 at the start of the city’s railroad boom, St. John’s was made the diocesan cathedral in 1920. A church building constructed in the 1930s was largely replaced by the current 1950s-era structure. It retains a few parts of the old church, including five large stained glass windows.

In the 1970s, when a number of longtime Downtown core religious congregations moved elsewhere, the St. John’s membership decided to “stay and be that symbol in the Downtown community” of light and presence, Maulden said. This decision continues to shape both the parish’s informal day-to-day relations with its immediate neighbors and some of its programs.

(2) A large congregation led by a woman still stands out
While Maulden was pursuing a bio-chemistry doctorate decades ago, she figured she’d serve God by working in science. But then a university chaplain she was volunteering with noticed her interest in the Bible and encouraged her to try reading it in greater depth.

She started reading, and that led her to leave biochemistry to study Scripture at the Trinity Episcopal School for Ministry in Ambridge, Pennsylvania. The daughter of two scientists found that while she still liked science, her passion for her new direction was far greater. Her path to the priesthood became clear, she said.

The Florida diocese that ordained Maulden and another woman in 1995 had never invested a woman into the priesthood before, and it came only about 20 years after the first priestly ordination of Episopalian women sent shockwaves through the church and the worldwide Anglican Communion of churches, of which it is a part.

Remnants of those shockwaves reverberate still. Maulden has experienced “gatherings of ecumenical clergy kind of pretending like I wasn’t there,” she said, and sometimes strangers notice her clerical garb and tell her women should not be priests. But she has persevered.

(3) ‘Urban ministry’ is central at St. John’s
It starts with “being in population centers that have homelessness and poverty right outside your door,” Maulden said. “These needs of the community are in front of us all the time.” In that environment, urban ministry means that both planned and unplanned interactions related to social service are part of daily church life.

But there’s more to it than that: “We have a number of people who are unhoused who come into the services on Sunday morning,” Maulden said, and she appreciates the relationships that arise from this. “Knowing their names is important to me,” she added.

The congregation’s formal urban ministries include running a food pantry and operating the St. John’s Thrift Shop at Fourteenth and Central, which donates its proceeds to local groups trying to alleviate poverty.

St. John’s is preparing to give short-term assistance to asylum seekers after they’re released from federal custody, Maulden said, and hopes to start this coming spring. It also offers – collaborating with other Albuquerque Episcopalians – a weekly outdoor service at Central and Charleston in the International District. At that service, church members routinely pass out items to people in need or just start conversations.

“For a lot of people, it’s important to them that somebody hears their story,” she said.

(4) It’s a laboratory and resource for the larger church
Like many cathedrals, St. John’s has a membership larger than that of the usual parish, and many parishioners are retired and somewhat shielded from economic downturns, Maulden said. That gives the cathedral room to innovate, becoming “a resource for the entire diocese.”

For instance, the St. John’s group Friends of Cathedral Music sometimes commissions new musical arrangements for liturgical texts used at mass, which other congregations can then adopt. It also regularly organizes concerts.

On the experimental side, Maulden said, St. John’s holds a weekly Spanish-English bilingual service and hosts a monthly event called a lotus sound bath that includes singing bowls and gongs. The parish offers “different ways for people to enter into prayer,” she said, and is “always looking for what’s coming next.”

(5) Maulden finds the title ‘dean’ handy
In Episcopalian terminology, a dean assists the bishop by overseeing their cathedral and taking on some other diocesan-level responsibilities. For many of Maulden’s congregants, she said, it also helps with the nagging etiquette question of what one calls a female priest.

Since ordination, Maulden said, she has been called “pastor,” “mother,” and even “father,” none of which felt quite right. Now, many St. John’s members call their priest Dean Kristi – a conveniently gender-neutral title.

The half-hour-long special (watch it here) follows Anne Tropeano – known as “Father Anne” (DAN, 9/13/21) – and a Colombian woman named Olga Lucía Álvarez Benjumea as they pursue their respective ministries. The documentary also highlights the controversy inherent in their work: Both women follow the Catholic tradition even as the mainstream church in Rome disallows the ordination of women.

Police announced yesterday that they had tied at least one of the shootings to a suspect they already had in custody but didn’t release his name or other details.

In a separate announcement, APD said that the home of Representative Javier Martínez, who represents much of Greater Downtown in the state legislature, had also been shot at last month.

“Representative Martínez inspected his home following reports last week of gunshots toward the homes of other local lawmakers,” the department said in a news release. “He discovered damage presumably from gunfire heard in early December outside his Albuquerque home. APD detectives went to the home and located evidence of a shooting.”

A full list of the shooting incidents is here. 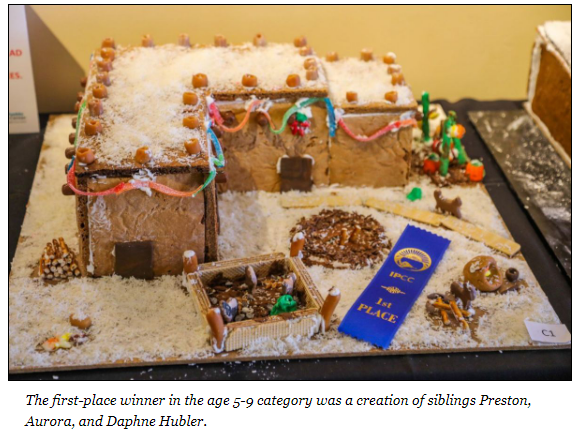 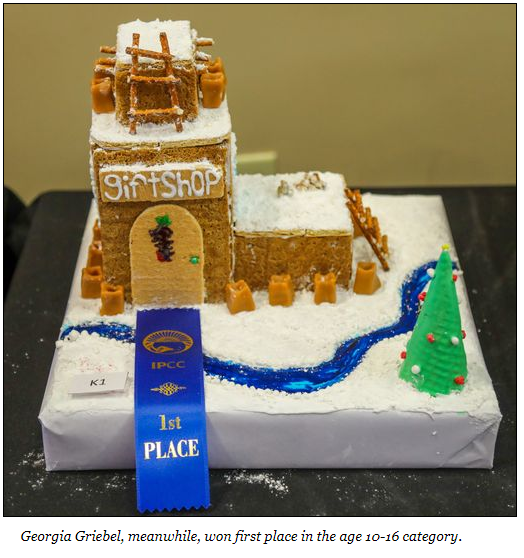 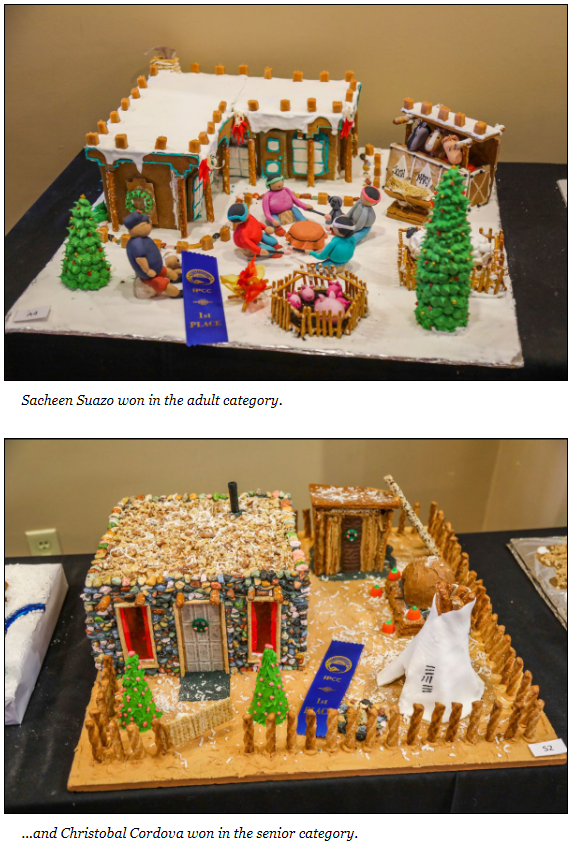